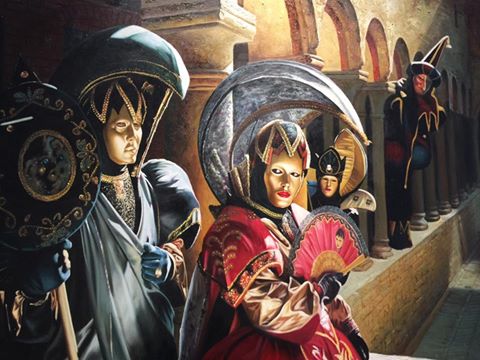 RSVP for นิทรรศการศิลปะชุด "Carnival in Bangkok" to add comments!

CARNIVAL - A period during the week before Lent in the Roman Catholic Countries, involving music, dancing and the use of masquerade. Party!

Under the patronage of the Embassy of Italy with in the framework of the Italian Festival in Thailand 2017.

Sathorn 11 is super excited to present Franco Aguggiaro, a master painter from Italy. Franco solo exhibition of Venezia and Carnival painting will be held from March 14 - March 30.

Franco Aguggiaro was born in Vigonza Italy, in the province of Padova. In the late 1960’s, he studied design and artistic nude painting in Nice. He continued his art studies in London, Paris and Stockholm. He returned to Rome in the 1970’s, to study at the Academy of Art.

At the end of the 1970’s, Franco returned to Stockholm to teach art and design. In the 1980’s, he opened an art studio in Rome, at Trastevere and began a working relationship with Mr. Ettore Russo (owner of Galleria La Barcaccia in Piazza di Spagna) who also discovered the Master Giorgio de Chirico. The relationship continued until the death of Mr. Russo in 1992. The same year Franco Aguggiaro was Knighted by Mr. Scalfaro, the President of the Republic of Italy.

Throughout his career, Franco’s associations with painter such as Giorgio de Chirico, Tommasi Ferroni, Kokocinski, Villoresi, Guzzi Schifano and many others, has afforded him the opportunity to learn the secrets of the most refined techniques of traditional and modern painting.

Establishing a residence in Ft. Lauderdale, Florida in 1994, Franco has established himself in the cultural community. In 1995, he was elected Cultural Chairman by the City of Ft. Lauderdale for Sister Cities International. In April of 2000, he became an American Citizen. 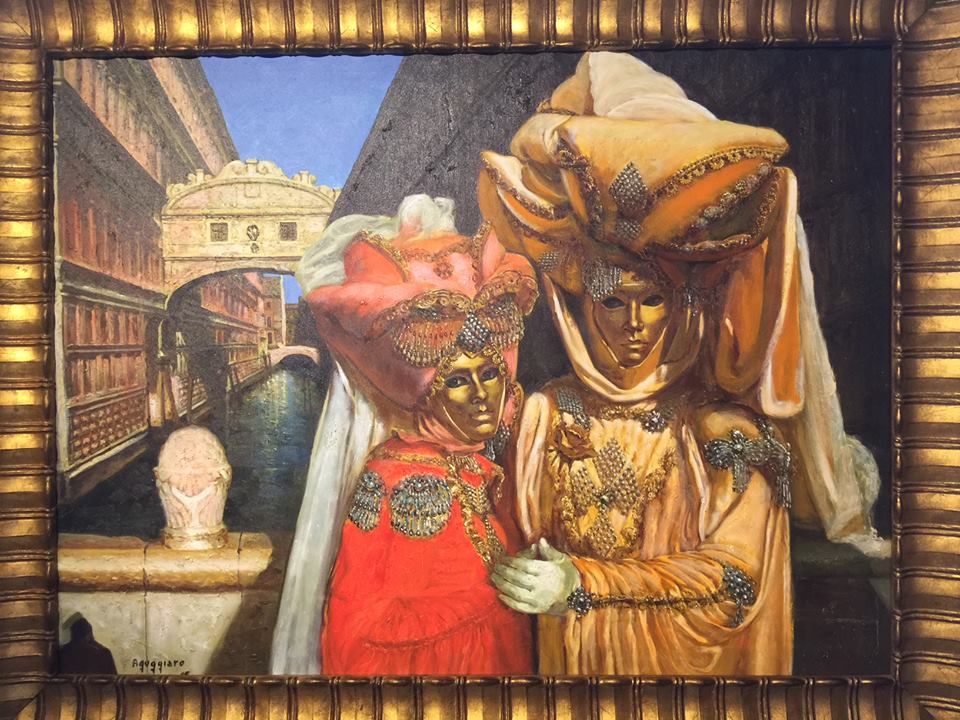