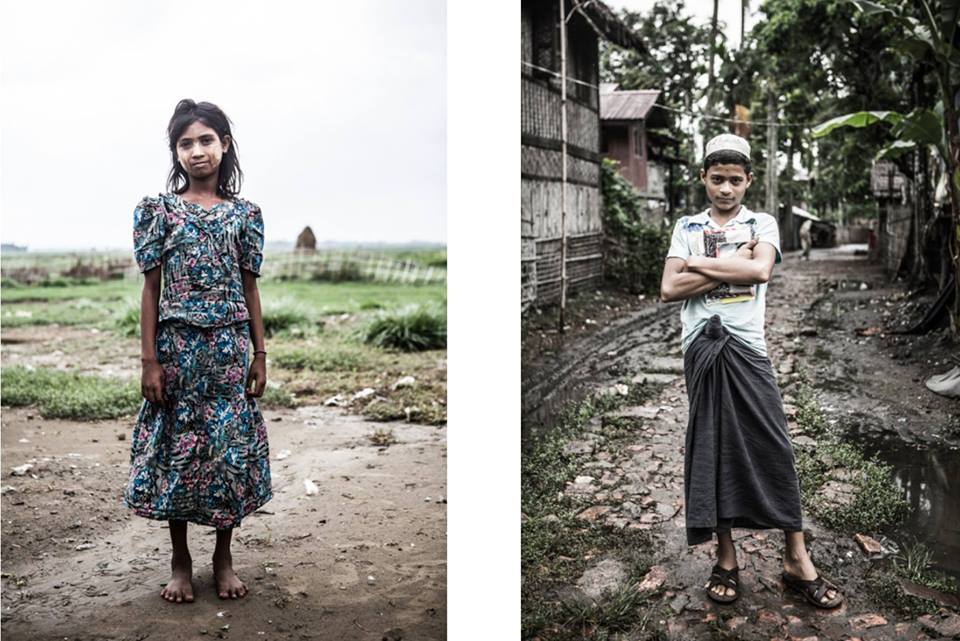 In 2012, violence broke out in the capital of Rakhine state in Burma between the Buddhist Rakhine and the Muslim Rohingya. Over 150,000 Rohingya were forced to flee from their homes into detainment camps. The violence spread throughout Rakhine state and thousands of other Rohingya were forced into similar camps with little access to food and medical and other aid. In 2017, numerous horrendous attacks by the Burmese police and military, including murders, rapes, and assaults, caused a mass exodus of the Rohingya from Burma to neighboring Bangladesh took place. Over 700,000 Rohingya fled to safety during the first month of this exodus alone. Andrew Stanbridge began photographing the Rohingya shortly after the initial violence in 2012, and continued to work with them periodically until 2017 when he photographed the refugees arriving into Bangladesh.

In both instances, Stanbridge became concerned that the media had come to dehumanize the Rohingya by solely showing imagery of them packed into boats or the vastness of the detention camps. Therefore, he set out to make individual dignified portraits of many of the Rohingya residing in the camps and in the process of escaping to allow viewers to look them in the eye and work to regain their identities as individuals in the world’s vision.