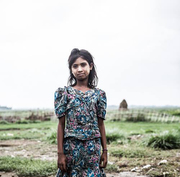 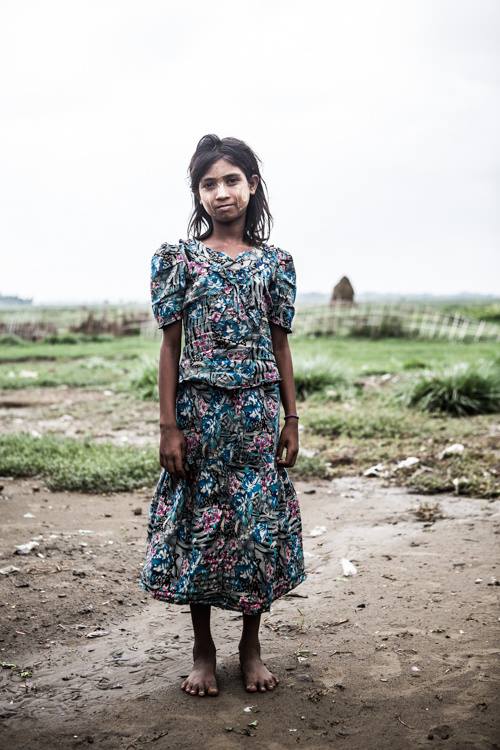 "In 2012, violence broke out in the capital of Rakhine state in Burma between the Buddhist Rakhine and the Muslim Rohingya. Over 150,000 Rohingya were forced to flee from their homes into detainment camps. The violence spread throughout Rakhine state and thousands of other Rohingya were forced into similar camps with little access to food and medical and other aid. In 2017 numerous horrendous attacks in the form of murder, rape and assault by the Burmese police and military initiated a mass exodus from Burma to neighboring Bangladesh took place. In the first month alone over 700,000 Rohingya fled to safety. I began photographing the Rohingya shortly after the initial violence in 2012 and continued to work with them periodically until 2017 when I photographed the refugees arriving into Bangladesh.

In both instances, I became concerned that the media had come to dehumanize the Rohingya by solely showing imagery of them packed into boats or the vastness of the detention camps. I therefore set out to make individual dignified portraits of many of the Rohingya residing in the camps and in the process of escaping to allow viewers to look them in the eye and work to regain their identities as individuals in the world's vision."

Andrew Stanbridge is a Portland, Oregon based photographer who concentrates on global humanitarian, conflict and environmental stories. He has made photographs of the Syrian civil war, Burma's road to democracy, Rohingya issues, the post colonial culture and delicate biodiversity of Sao Tome and Principe, Ethiopia and the aftermath of war in Laos and Cambodia in addition to many others. His work has been exhibited internationally has been published in many venues including National Geographic, Al Jazeera, VICE, The International Herald Tribune, The Guardian, Vocativ, Roads & Kingdoms, PDN and the California Academy of Sciences. He holds a BA from the University of California, Santa Cruz and an MFA from Tufts University and the School of the Museum of Fine Arts, Boston.

Chidlom BTS (Exit 2), walk into Maneeya Center past Yamaha, down a flight of stairs, go left & around to back set of elevators, up to floor P (Penthouse).