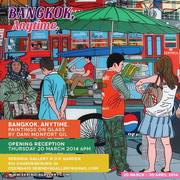 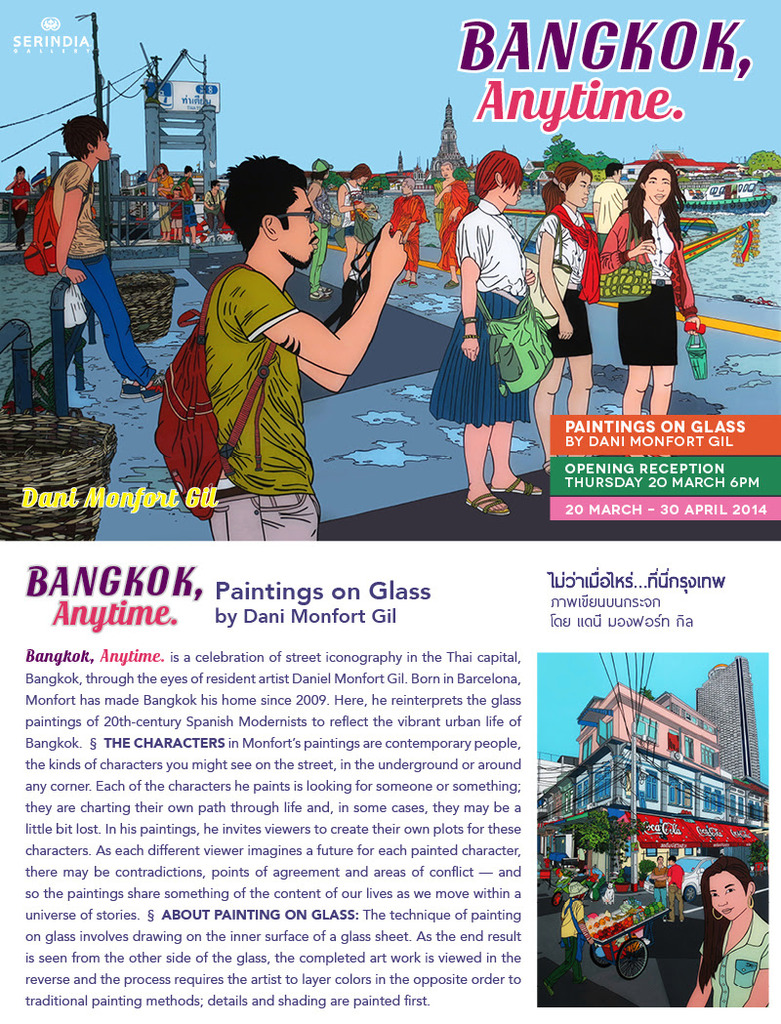 Bangkok, Anytime. is a celebration of street iconography in the Thai capital, Bangkok, through the eyes of resident artist Daniel Monfort Gil. Born in Barcelona, Monfort has made Bangkok his home since 2009. Here, he reinterprets the glass paintings of 20th-century Spanish Modernists to reflect the vibrant urban life of Bangkok.

The characters in Monfort’s paintings are contemporary people, the kinds of characters you might see on the street, in the underground or around any corner. Each of the characters he paints is looking for someone or something; they are charting their own path through life and, in some cases, they may be a little bit lost. How many times have you sat down next to a stranger or someone on the bus who has something in common with you? Have you ever speculated what that person’s life is like? In his paintings, he invites viewers to create their own plots for these characters. As each different viewer imagines a future for each painted character, there may be contradictions, points of agreement and areas of conflict — and so the paintings share something of the content of our lives as we move within a universe of stories.

A graphics book, Bangkok, Anytime. will also be launched at the opening on 20 March. (21x22cm, 72pp., fully illustrated in colour, in hardcover, available in shops April 2014)