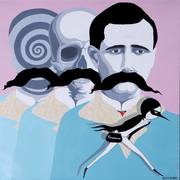 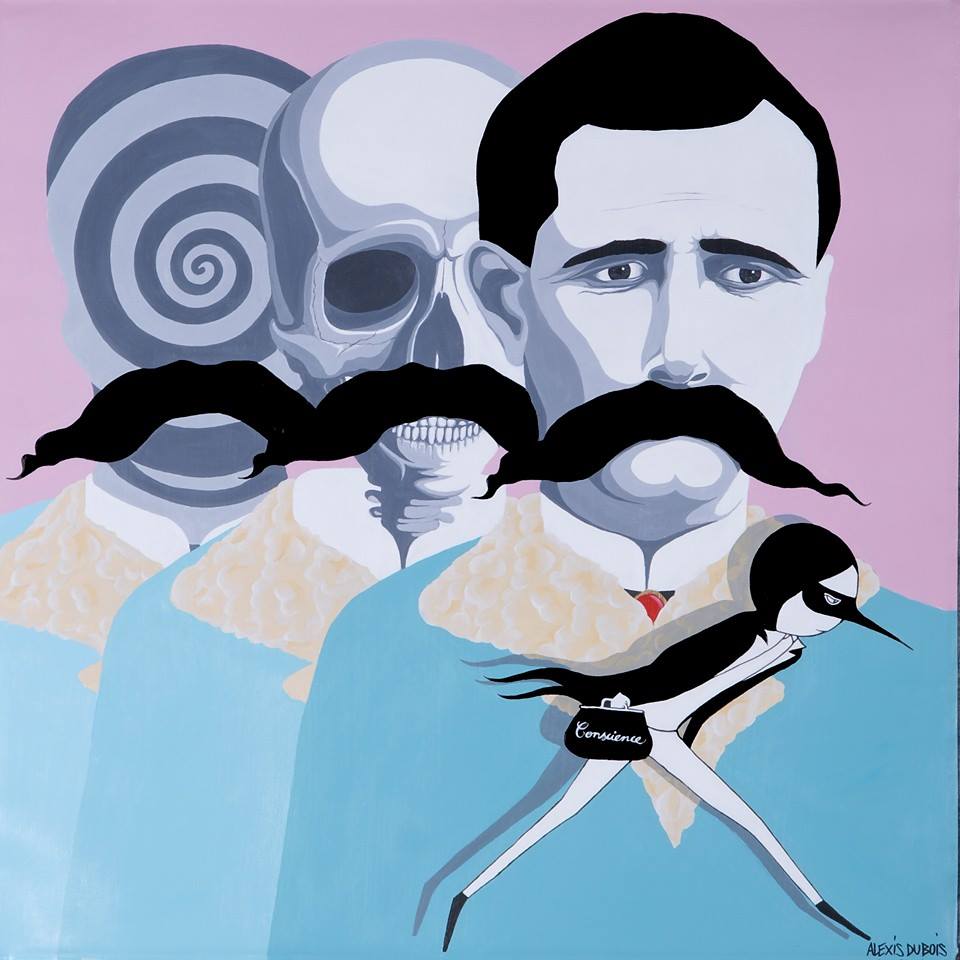 Alexis Dubois was born in 1976 in Bordeaux, France. Having lived in numerous cities, notably New York and Montreal, he now resides in Paris. Graduate of the Ecole Superieure des Arts Appliqués Duperré in Paris, he has applied his creativity across several mediums, be it the staging of the prestigious Prêt-à-Porter Lanvin fashion house, or the artistic direction of music videos by Chromeo, Stars etc. ..For now 7 years, Alexis has decided to restrict his collaborations, to invest himself solely in his paintings and own creations.Alexis comes from the world of graffiti, but he refuses to resume this knowledge to simple aesthetics, since for him the journey is often more important than the destination. Sometimes one can capture the raw and untamed energy transcribed by the pure simplicity of the saggings found in his works.
His vision is such, that it is comprised of 2 lines, which are technically very different, but according to him intertwine and mingle in the world he describes. His acrylics highlight the various mental states of man alongside his demises.His ink drawings are more instinctive and general. They reveal his thoughts in a series of nested abstract and figurative forms resembling a book where one would attempt to describe the nameless through accidental markings and uncommon traits.
Interwoven into the darkness, his works are reminiscent sometimes of the sharp shapes of Thai artist Thawan Duchanee inspired him as its environment, but also psychology, and Buddhism (Mahayana and Vajrayana). 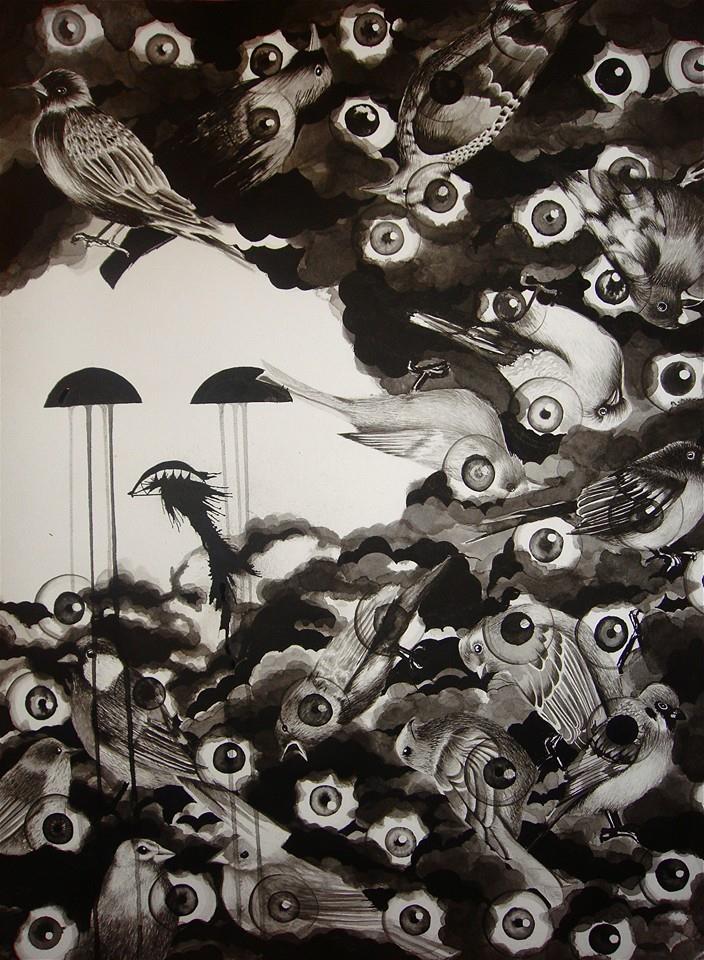 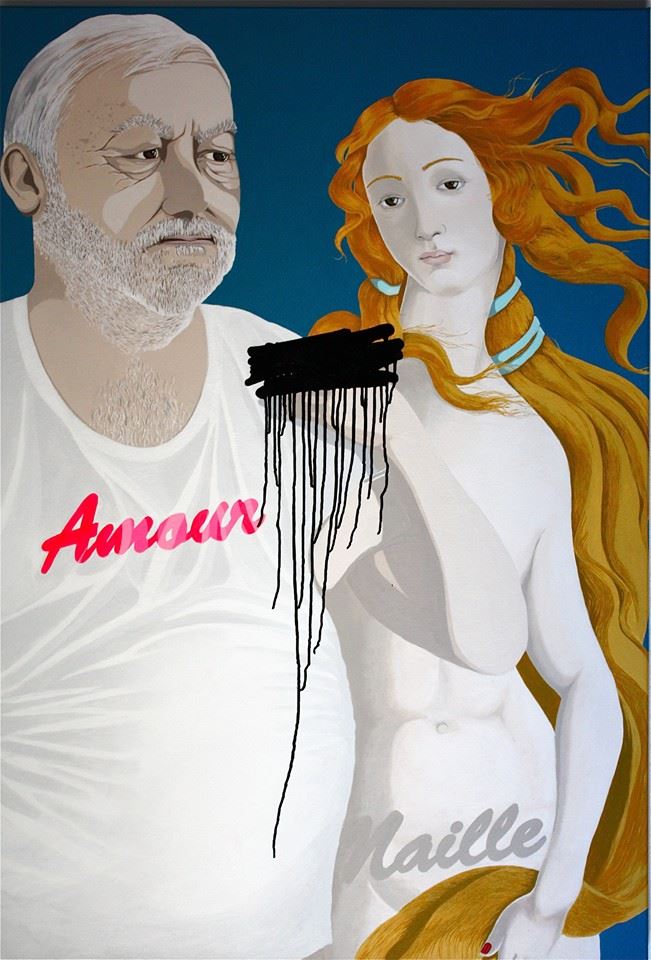 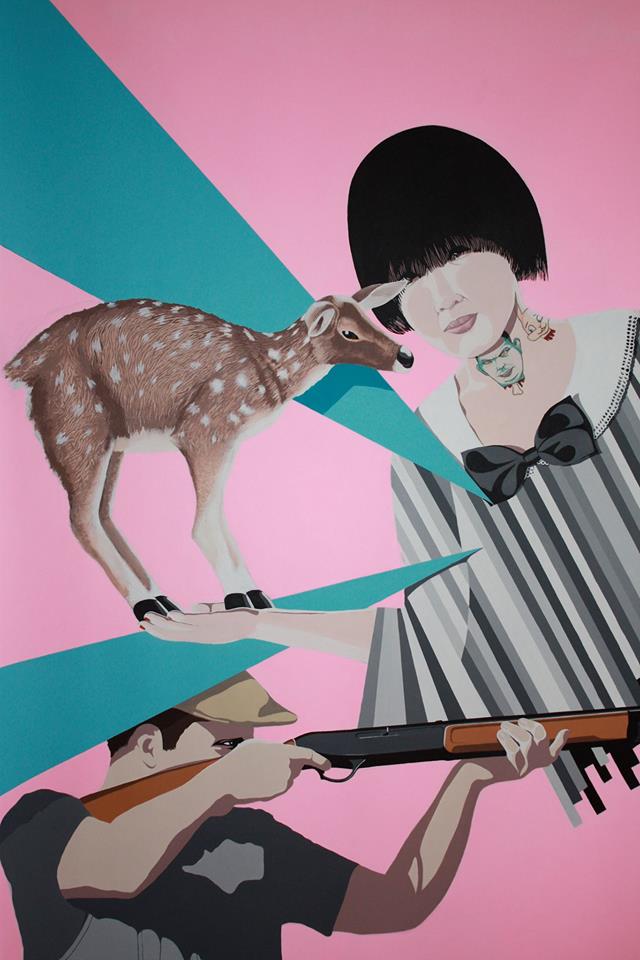