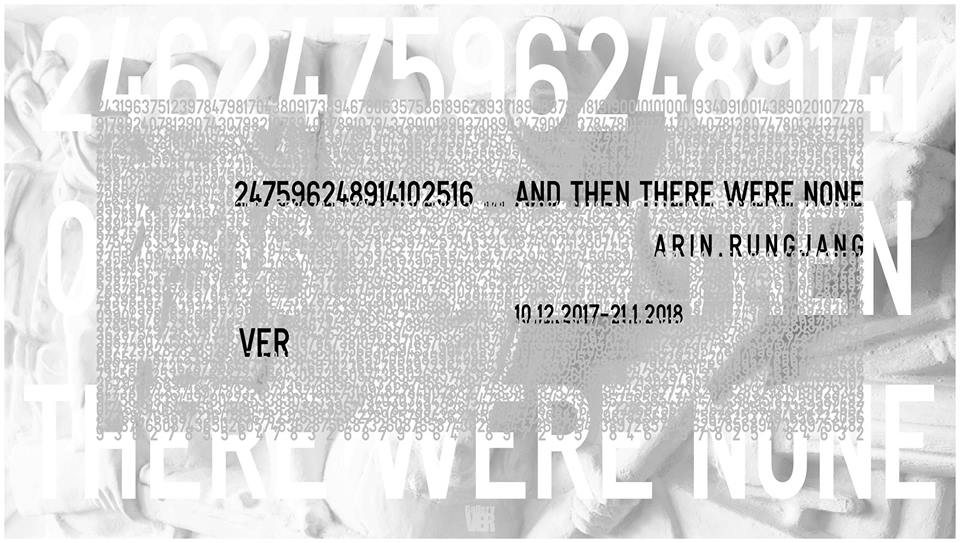 For the international art festival Documenta 14, Arin Rungjang was invited by artistic director Adam Szymczyk to produce and exhibit his new work that came out of historical and political research. This year’s central theme, ‘Learning from Athens’, was conceived for the participating artists’ to interpret and present their works accordingly through a multitude of perspectives and forms.

“246247596248914102516... And then there were none”, one of Arin Rungjang’s installation piece in Kassel, Germany, is a sequel to “And then there were none… Tomorrow we will become Thailand” series in Athens, Greece. It presents the relationships and connections between the historical, social, political and the artist’s personal memory in a variety of forms, including installation, drawings, visitor’s book, and video installation. The series is widely talked about amongst the circles of critics, art magazines and international media. In Thailand, a talk was organised by Goethe-Institut, a non-profit cultural organisation from Germany, and MAIIAM Contemporary Art Museum, Chiang Mai.

Gallery VER is very proud to invite you to the grand opening of 246247596248914102516... And then there were none by Arin Rungjang with the work from one of the world’s most renowned international art festival. Opening reception will be on December 10 2017, from 6.00 pm onwards

Arin Runjang
(*1975) Lives and works in Thailand , his artistic trajectories often interrogate and interpret the spatial condition of places in everyday life. His works trigger the dissolution of conventional barriers between private and public space. Arin works with household objects, incorporating them into the whole artistic process. His work spans across different media, focusing mainly on video and site-specific installations. His interests lie in the exploration of everyday life issues and experiences, such as memory, living space, history of family and individuals, and migration. Arin now lives and works in Bangkok.

About Documenta
documenta is an exhibition of contemporary art which takes place every five years in Kassel, Germany. It was founded by artist, teacher and curator Arnold Bode in 1955 as part of the Bundesgartenschau (Federal Horticultural Show) which took place in Kassel at that time, and was an attempt to bring Germany up to speed with modern art, both banishing and repressing the cultural darkness of Nazism.
This first documenta featured many artists who are generally considered to have had a significant influence on modern art (such as Picasso and Kandinsky). The more recent documentas feature art from all continents; nonetheless most of it is site-specific. Every documenta is limited to 100 days of exhibition, which is why it is often referred to as the "museum of 100 days". Documenta is not a selling exhibition. It rarely coincides with the three other major art world events: the Venice Biennale, Art Basel and Skulptur Projekte Münster, in 2017 all four are open simultaneously.