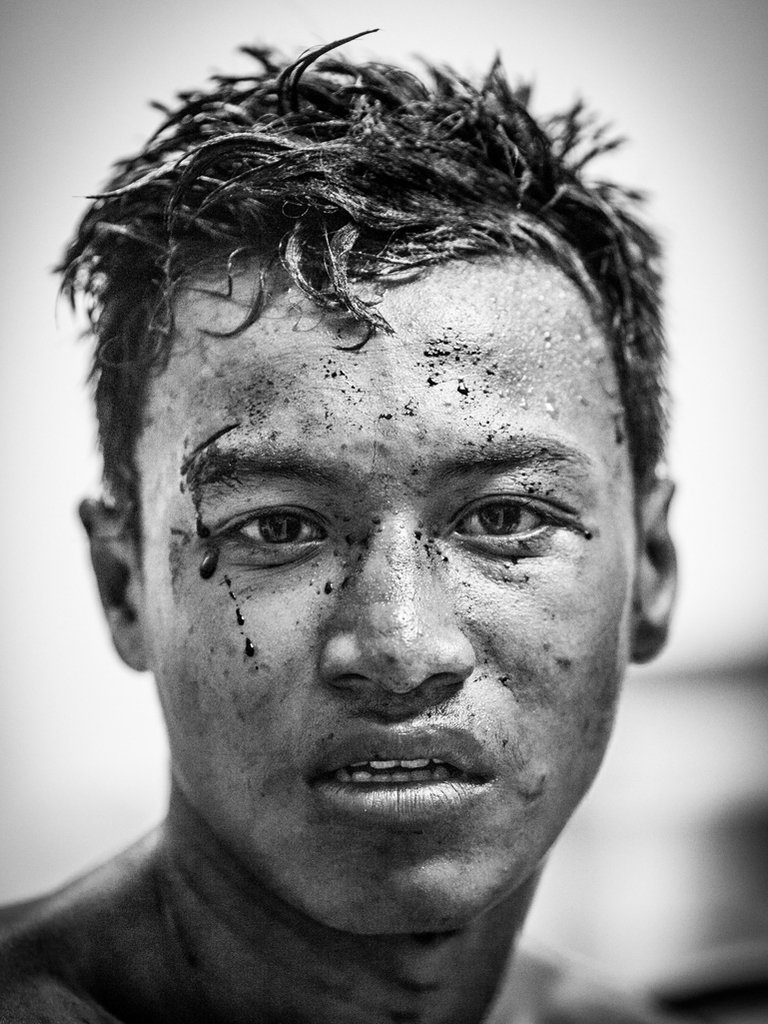 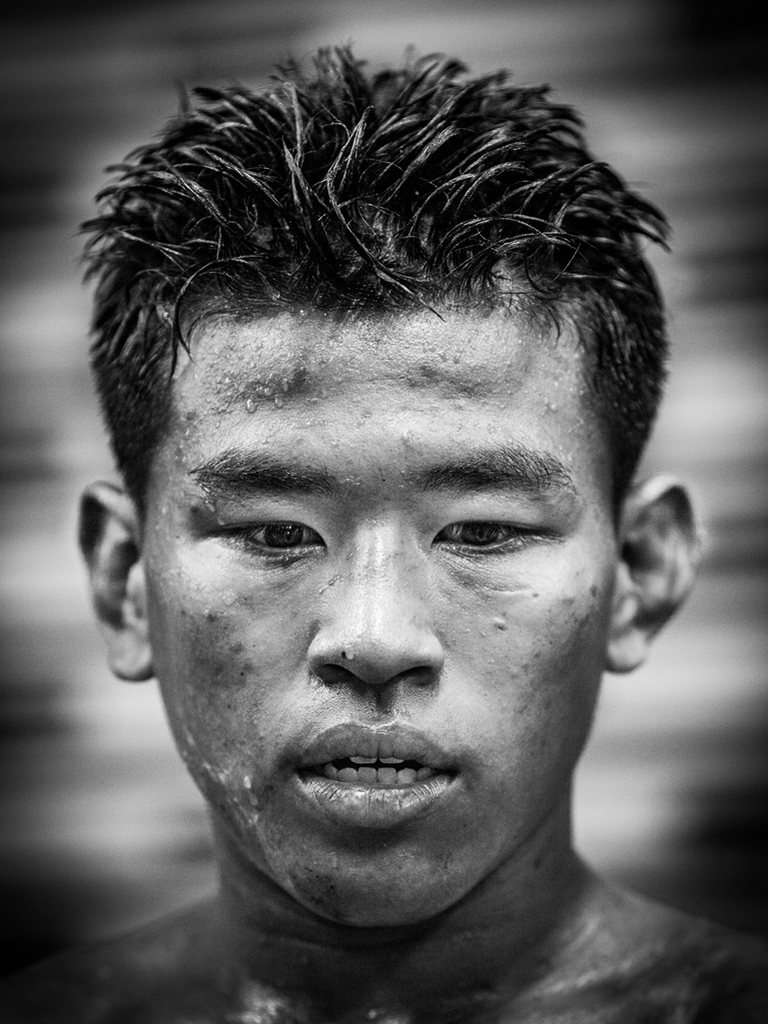 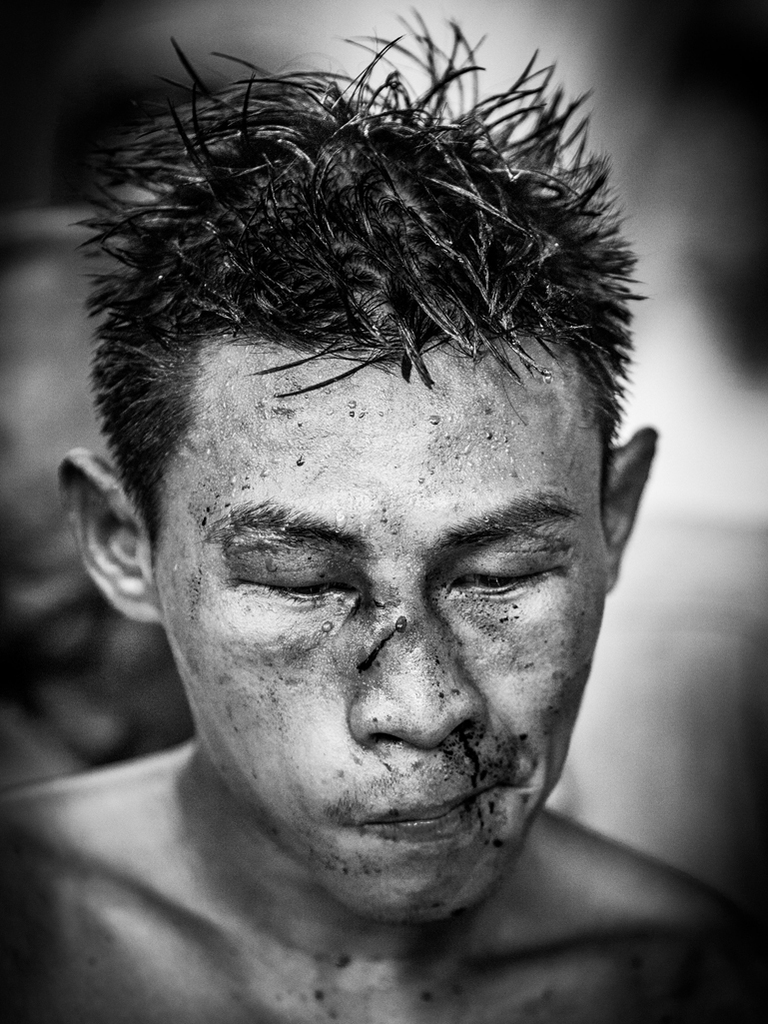 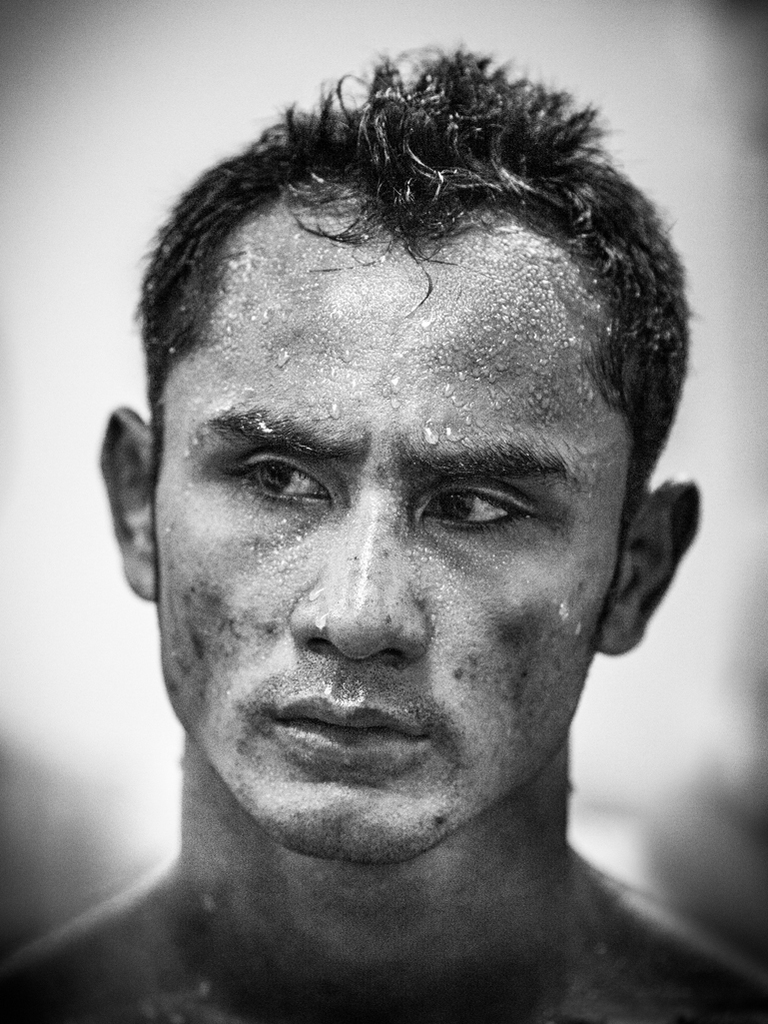 Budenz captures this moment in unstaged backstage portraits shot in several Bangkok stadiums. He says, “Fighters are normally shown as strong, brave and in complete control, but this control crumbles backstage after the fight, and there’s a brief glimpse of the person behind the façade of the fierce warrior, along with the full strength of emotions connected with the 15 minutes of fighting—exertion, pain, exhaustion, vulnerability, despair, determination, triumph and defeat.”

By capturing these portraits up close and in monochrome, eliminating all else, the series’ intense immediacy is emphasized. There’s nothing to see except what’s left after the fight. We feel punch-drunk, exhausted; we feel each and every bruise, in these portraits of truth and, despite the blood and sweat, of beauty too, of man extended to his limits.

Patrik Budenz (born 1971) graduated from the Neue Schule fur Fotografie Berlin (New School for Photography Berlin) in 2009, when his series ‘Post Mortem’ also won the New York Photo Award. In 2011 he was appointed a member of the Deutsche Fotografische Akademie. He has published 2 books: ‘Quaestiones medico-legales – Hinter den Kulissen der Rechtsmedizin’ (2011) and ‘Post Mortem’ (2013). He lives in Berlin, Germany.